This is a truly fascinating and well written history of the origin of bicycles. With the advent of the automobile its easy to ignore the great engineering triumph that the bicycle represented in the ... Read full review

This extraordinarily researched work is not just for those interested in the history of the bicycle but for anyone who wants to follow the international history of an idea or invention. Herlihy ... Read full review

David V. Herlihy is a historian and freelance writer. He has been interested in bicycle technology since his days as a member of the Harvard Cycling Club, and for the past decade he has researched extensively the invention and early development of the bicycle. His work has been featured on National Public Radio and Voice of America and in the New York Times, the Boston Globe, Boston Magazine, and Historic Preservation. In 1999 Herlihy received the McNair History Award from the Wheelmen, the preeminent American association of antique bicycle collectors. He lives in Hull, Massachusetts. 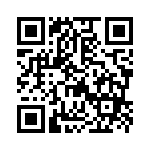