A companion to twentieth-century poetry

Despite POETRY's current reputation as an elitist, almost marginal form of literature, it continues to be widely practiced and studied. A number of guides to English-language verse have been published ... Read full review

Neil Roberts is Professor of English Literature at Sheffield University. He has been a visiting professor at the University of New Mexico and also Chuo University in Japan. His publications on a wide range of contemporary poets, as well as on George Meredith and D.H Lawrence and Bakhtin, include Narrative and Voice in Postwar Poetry (1999). 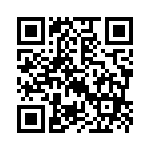