Jim Handy is the author of the Cache Memory Book. Though written with the professional designer in mind, the computer-oriented book, originally published in 1993, is also useful to lay people interested in cache memory. The updated version of the Cache Memory Book, released in January 1998, covers cache design from the most basic level through the most complex, gives the newest approaches to cache design, and defines nearly every cache buzzword in the industry today. Other books written by Handy include Gift of the Devil: A History of Guatemala, Revolution In the Countryside: Rural Conflict and Agrarian Reform in Guatemala, 1944-1954, and How to Uncover Hidden Business Opportunities That Make Money. Handy has worked as director and principal analyst at the Memories Worldwide Service of Dataquest, Inc., in San Jose, Calif. Dataquest has provided global marketing research and consulting to the high technology and financial communities since 1971. 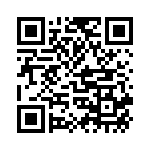