Alan Taylor is a journalist and is currently the Editor of the Scottish Review of Books and Associate Editor of the Sunday Herald. Formerly, he worked for Scotland on Sunday and the Scotsman, where he was Managing Editor. In an earlier incarnation he was a reference librarian. He is a regular contributor to a variety of publications and is half of the Scottish team on Radio 4's Round Britain Quiz. 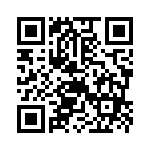