Giles Deleuze (1962, 1983). Friedrich Nietzsche & Philosophy [Hugh Tomlinson, Translator]. Columbia University Press: New York. 221 pages.
This book appears to be from the school of what I term ‘Zarathustra’s disciples.’ It was originally published in 1962 as Friedrich Nietzsche & Philosophy by Presses Universitaires de France. Deleuze’s approach is to take as given the coherence of the Nietzsche corpus — and then to expound and expand on what for him is its essential rationality, aesthetic verity, and philosophical pertinence [my words, not his]. The only non-Nietzschean theme is the almost complete avoidance of references to Nietzsche’s life. [ Nietzsche, of course, consistently indicated that for him a philosophy cannot be understood apart from the philosopher — his so called ‘genealogical method’.
I must confess that I was troubled by this book. The last two sections (IV and V) are fundamentally an exegesis on Niietsche’s thinking about Chritianity, the Übermensch, the Eternal Recurrence, and the Will to Power. To be sure, he is to be congratulated on making extensive use of the poetry of Zarathustra and the Dionysian Dithyrambs in weaving together his argument, but in the end he is simply a dogged discipline. I experience the same inauthenticity in his explication of Nietzsche as I do when I listen to to Christians refer to the book of Revelation as they declaim about Hell or when I hear or read about conservative Jews using Deuteronomy or Leviticus to justify the ‘Lebensraum’ policies of Israel. I haven’t observed the Islamic Wasabe Mullahs who memorize the entire Quram [before celebrating the death of innocent infidels], but I suspect they too share this blind devotional respect for the text. To call this tunnel-vision effort ‘philosophy’ reminds me very much of Deleuze’s braying of Zarathustra’s asses that Deleuze purports to analyze.
Nevertheless, having provided my caveats, I find several meritorious features in the book. First, I very much like his per se analysis of ressentiment in the initial portions of section IV. According to Deleuze, ressentiment is marked by a passivity which does not actually address or honestly attack the source of pain and object of ressentiment. While the these ideals have multiple applications, i could not help but think of the hate spewed out by the American ‘religious right.’ I also meditated on my own inactions in these days of rampant ideology infused with (cheap) patriotism and shallow politics. However, Deleuze makes a fundamental error is asserting that ‘aggression’ [seen by Nietzsche and Deleuze as positive] and ‘ressentiment’ [seen by Nietzsche and Deleuze as negative] are two radically different activities. The basic problem seems to be that Deleuze does not know how to apply the Nietzschean methods to Nietzsche’s or to his own work.
Lon Clay Hill [lonclayhill@googlemail.com]

Gilles Deleuze was Professor of Philosophy at the University of Paris VIII. 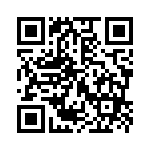