Mary Shelley (1797-1851). British novelist and short story writer. Best known as the author of Frankenstein, written when she was 18. Wife of Percy Bysshe Shelley, daughter of political writer William Godwin and feminist Mary Wollstonecraft. Patrick McGrath was born in London. He is the author of Blood and Water and Other Tales, The Grotesque, Spider, Asylum, and other novels. He lives in New York City and London. 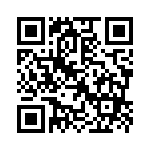