Steve Thorpe was a Senior Scholar at Trinity College, Cambridge, where he studied mathematics and fluid mechanics, his PhD being awarded in 1966. He then spent 20 years at the UK Institute of Oceanographic Science, before being appointed Professor of Oceanography at Southampton University in 1986. He has made laboratory experiments on internal waves and turbulent mixing, and has measured and developed instrumental and analytical methods for studying waves and mixing in lakes, as well as making seagoing studies of turbulence in the boundary layers of the deep ocean and shelf seas. Professor Thorpe was awarded the Walter Munk Award by the US Office of Naval Research and the Oceanography Society for his work on underwater acoustics, the Fridtjof Nansen medal of the European Geophysical Society for his fundamental experimental and theoretical contributions to the study of mixing and internal waves, and the Society's Golden Badge for introducing a scheme to assist young scientists. He became a Fellow of the Royal Society in 1991 and is now an Emeritus Professor at the University of Southampton and an Honorary Professor at the School of Ocean Sciences, Bangor. 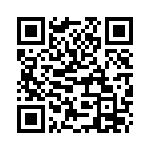