I read the single-volume edition of this book which includes both part 1 (the Challenge) and 2 (the Struggle). With 800 pages in small font, it is equal to about three or four regular books in terms ... Read full review 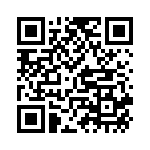