About his tramping days, George Orwell tells us in the opening essay of Facing Unpleasant Facts, “Already, at eight o’clock in the morning, we were bored…There was nothing to talk about except the ... Read full review

The first of two volumes of the British author's essays, compiled by journalist George Packer.Orwell (1903-50) was no Flaubert closeted in aesthetic concentration. He was a vigorous participant in the ... Read full review

GEORGE ORWELL (1903–1950) served with the Imperial Police in Burma, fought with the Republicans during the Spanish Civil War, and was a member of the Home Guard and a writer for the BBC during World War II. He is the author of many works of nonfiction and fiction.

GEORGE PACKER is a staff writer for the New Yorker and author of The Assassin's Gate: America in Iraq and other works. He lives in Brooklyn. 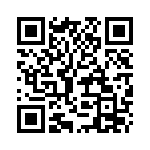