I came into this book expecting to be in basic agreement with the author and her conclusions, knowing that this was a critical look at conservative Christianity. Although I did, I found myself wishing ... Read full review

Kathryn Joyce takes us on an alarming, enlightening, startling journey through an American subculture most of us are unaware of. Most of us are aware of the influence of the "Christian right" in ... Read full review

Conservative Christians may say they have no use for feminism, but increasingly, over the past twenty years, feminism--that is, sworn enmity to it--has become a rallying point for conservative and orthodox believers ranging from evangelicals to Catholics to Mormons to Reformed Protestants to fundamentalists, almost a stronger organizing principle than particular doctrines themselves. Feminism, as they see it, is what started it all. Mary Pride, an early leader in the homeschool movement and publisher of the influential Practical Homeschooling magazine, was also author of The Way Home: Beyond Feminism, Back to Reality, a book published in 1985 that did much to recreate the homeschooling movement along patriarchal and militantly fertile lines. Pride sees feminism as combining a range of ills from communism to self-worship to witchcraft. The influence of feminists, she writes, can be seen in the "victimization" of women through no-fault divorce laws; in casual sex, which lowers women from protected wives to the level of "unpaid prostitutes"; in vice peddling, such as cigarette and alcohol companies "cashing in" on displaced homemakers whose husbands have left them; and in lower wages for husbands with the abolishment of the gender-weighted "family wage" (paying men more than women on the argument that they were working to support dependents, while women were working for "extra" income). Not to mention what Pride sees as the cause-and-effect slide from socially sanctioned birth control to legalized abortion.

But the most troubling aspect of feminism to Pride, along with a wide-ranging band of fellow believers, whether they call themselves patriarchalists, antifeminists, complementarians (as opposed to egalitarians, feminism''s mild evangelical cousins), or proponents of biblical manhood and womanhood, isn''t any of its specific sins, but its acceptance by Christians, allowing the philosophy of the enemy to strike at Christ''s church.

"Christians have accepted feminists'' moderate demands for family planning and careers while rejecting the radical side of feminism--meaning lesbianism and abortion," she writes. "What most do not see is that one demand leads to the other. Feminism is a totally self-consistent system aimed at rejecting God''s role for women. Those who adopt any part of its lifestyle can''t help picking up its philosophy. And those who pick up its philosophy are buying themselves a one-way ticket to social anarchy." Pride isn''t suggesting some easy reversion to the Ozzie and Harriet model of the 1950s, but something more extreme. "Feminism is self-consistent. The Christianity of the fifties wasn''t. Feminists had a plan for women. Christians didn''t."

But since, and in large part due to, Pride''s writing, Christians do have a plan: a "whole-cloth," integrated lifestyle for women. It is not about independence and self-fulfillment but submissive wives following the leadership of patriarch husbands, working at home to educate their children and support their husband through his work, rest, and ministry, and "dying to the self "--a Christ-like self-abnegation and acceptance of God''s plan for their role in life as helpmeets to their husbands. This biblical womanhood, encompassing homework, motherhood, and wifehood as they were lived not in the 1950s but in a notion of preindustrial, pre-household appliance times, is what Pride calls a "total lifestyle"--as comprehensive as the pervasive influence of feminism, which has reached every part of women''s work lives, biology, and thinking. And this time around, the antifeminists intend to be fiercely diligent--rooting out the worldly, "feministic" ideas and influences in their churches, entertainment, and own thinking and making sure it doesn''t come back.

In a way, to that minority of American women who actually do claim the title "feminist"--a rarity bemoaned by both feminists and antifeminists alike, who both see the majority of women living out feminist ideals without recognizing or acknowledging their roots in the women''s liberation movement--this heated attention and estimation of feminist power is strangely flattering. Nobody has taken the feminist threat to decency and order this seriously since the 1970s. But it''s less amusing to realize that the movement against feminism, including all its unacknowledged aspects, such as the acceptance of women''s careers, the expectation of pay equity, a greater degree of sexual freedom and bodily self-determination, more equitable divisions of housework and childcare, and shared decision-making between husbands and wives, is being undertaken on a large scale by a coalition that goes far beyond the home-schooling community with its separatist ethos, yet which has echoed the ideas of men and women as extreme as Doug Phillips and Mary Pride with surprising fidelity.

John Piper and Wayne Grudem, both Reformed Baptist preachers and theologians, are leading members of the Council on Biblical Manhood and Womanhood (CBMW), an organization founded in 1987 with the goal of fighting feminist or egalitarian influences in the evangelical church. Piper and Grudem targeted the modest trend of "Christian feminism," a gentler notion of equality than mainstream feminism that was sparked in part by moderate theologians questioning the long-held assumptions of evangelical churches that women should be barred from positions of church authority or, in some denominations, from speaking in church at all. Christian egalitarians also believe that the church shouldn''t discourage women''s careers outside the home and that family planning decisions are best left within the family.

But even such tepid endorsements of gender equality were threatening to established patriarchal traditions, and the CBMW was formed as a rebuttal. The Council, which today spreads its message through the sixteen-million-member Southern Baptist Convention, the conservative Presbyterian Church in America, and the evangelical ministry Campus Crusade for Christ, grew out of the publication of the "Danvers Statement," an antiegalitarian document signed by dozens of theologians and pastors whose names have become synonymous within evangelical circles with Christian antifeminist activism. They include Beverly LaHaye, founder of Concerned Women for America and wife of Left Behind author Tim LaHaye; Dorothy Patterson, wife of Paige Patterson, one of the architects of the conservative takeover of the Southern Baptist Convention; Mary Kassian, a leading writer and conference speaker on biblical womanhood; CBMW board members Pat Robertson and Paige Patterson; and a number of men pushing the evangelical church toward Reformed theology, more commonly known as Calvinism or Puritanism: John MacArthur, Jr., R.C. Sproul, Sr., D.A. Carson, and dozens of others. Heavyweight contenders in the theological-political realm have also contributed essays and support to the CBMW, such as Albert Mohler, president of the Southern Baptist Theological Seminary, which steers the doctrine of the mammoth denomination. In an essay for CBMW, Mohler called for courageous action in reestablishing traditional gender roles throughout American Christendom. And Piper today disseminates his complementarian theology through his popular "Desiring God" ministry, church "plants" (expanding a network of churches like a franchise from his own Minnesota-based church), and conference series.

The Danvers Statement, which stands as the Council''s call to arms, holds that "widespread uncertainty and confusion in our culture regarding the complementary differences between masculinity and femininity," the promotion of feminist egalitarianism, ambivalence toward motherhood and homemaking, calls for female church leadership, and "growing claims of legitimacy" for "illicit" sexual relationships--that is, gay rights--had all jeopardized the authority of Scripture, making theology too confusing for "ordinary people" who depend on the Bible''s literalism for direction. Such laity, the Council warned, would be thrown into uncertainty, and perhaps doubt, by an "evolved" standard on gender that seemed to contradict the given Word: if God''s revelations on the sexes were up for modernization, why not the rest? And the careless threat to the faith, they argued, was all in the name of the church accommodating the world rather than seeking to shape that world to the standards of the gospel.

The founding purpose of the Council was, in short, to counteract these influences by promoting a biblical view of the relationship between men and women, at home and in the church, through academic and popular publications. They sought to encourage lay people to study Scripture as a literal guide for biblical gender roles and relations and apply these guidelines to their lives, and thereby heal "people and relationships injured by an inadequate grasp of God''s will concerning manhood and womanhood; to help both men and women realize their full ministry potential through a true understanding and practice of their God-given roles, and to promote the spread of the gospel among all peoples by fostering a biblical wholeness in relationships that will attract a fractured world."

In other words, the Council on Biblical Manhood and Womanhood sought to make marriages that look like a return to well-ordered harmony an advertisement for the church. In a world grappling with the growing pains of new demands for marital fair play and with the breakups of marriages where partners no longer felt obliged to sacrifice their needs and desires for the sake of an unequal partnership or to stay in unions that had simply been a bad match from the start, the Council hoped the appearance of secure, settled marriages would draw people to 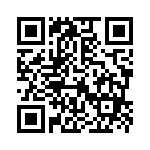