Wilma Fairbank (1909-2002) is editor of Liang Sicheng's A Pictoral History of Chinese Architecture. 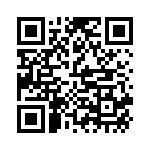