Best for: Those interested in the history of enslaved people who successfully fought back. In a nutshell: Enslaved people revolt against the British, Spanish, and French over twelve years, eventually ... Read full review

The Haitian Revolution is such a cool but complicated historical event. This is a nice narrative of it, fiery and impassioned. CLR is clearly an admirer of Toussaint's and hopes for Haiti to serve as ... Read full review

A native of Trinidad, C. L. R. James grew up in a very respectable middle-class black family steeped in British manners and culture. Although justifiably well-known in the British world as a writer, historian, and political activist, his contributions have been underappreciated in the United States. A student of history, literature, philosophy, and culture, James thought widely and wrote provocatively. He also turned his words into deeds as a journalist, a Trotskyite, a Pan-African activist, a Trinidadian nationalist politican, a university teacher, and a government official. James was a teacher and magazine editor in Trinidad until the early 1930s, when he went to England and became a sports writer for the Manchester Guardian. While in England he became a dedicated Marxist organizer. In 1938 he moved to the United States and continued his political activities, founding an organization dedicated to the principles of Trotskyism. His politics led to his expulsion from the United States in 1953, and he returned to Trinidad, from which he was also expelled in the early 1960s. He spent the remainder of his life in England. Among James's extensive writings, the two most influential volumes are Black Jacobins (1967), a study of the anti-French Dominican (Haitian) slave rebellion of the 1790s, and Beyond a Boundary (1963), a remarkable exploration of sport, specifically cricket, as social and political history. Other important works include A History of Negro Revolt (1938) and The Life of Captain Cipriani (1932). James represents an unusual combination of activist-reformer (even revolutionary) and promoter of the best in art, culture, and gentility. 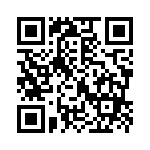