Irish writer Bram Stoker is best known for authoring the classic horror novel Dracula (1897). Born in Dublin, Ireland, on November 8, 1847, Bram Stoker published his first literary work, The Duties of Clerks of Petty Sessions in Ireland, a handbook in legal administration, in 1879. Turning to fiction later in life, Stoker published his masterpiece, Dracula, in 1897. Deemed a classic horror novel not long after its release, Dracula has continued to garner acclaim for more than a century, inspiring the creation of hundreds of film, theatrical and literary adaptations. In addition to Dracula, Stoker published more than a dozen novels before his death in 1912. 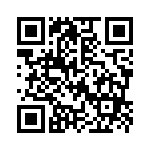