Very interesting to read about how the attack in Afganistan and Iraq was planned and executed. Includes behind the scenes discssions with the President and Rumsfeld during and after 9/11. Also ... Read full review

An extremely easy book to read. I actually had to do a report on him when I was in ROTC. The first half of the book is his career and how he got started. It seemed as though he just stumbled up the ... Read full review

General Tommy Franks retired from the Army on August 1, 2003. Commissioned a Second Lieutenant in 1967 as a distinguished graduate of the Artillery Officer Candidate School, Fort Sill, Oklahoma, he was assigned to the 9th Infantry Division, Republic of Vietnam. He also served as an Assistant Division Commander during Operations Desert Shield/Desert Storm. General Franks has been awarded three Defense Distinguished Service Medals, two Distinguished Service Medals, and four Legion of Merit awards. His other decorations include three Purple Hearts, three Bronze Stars, an Air Medal, and an Army Commendation Medal -- all with "V" for valor. In 2004 he was named a Knight Commander of the Order of the British Empire. General Franks lives with his wife, Cathy, in Tampa, Florida. 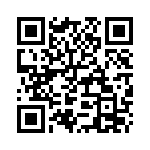