INFERNO: The Fiery Destruction of Hamburg, 1943

A thoroughgoing history of the Allied bombing campaign that leveled a great German city—but did little damage to the Nazi war machine."I have very little problem with the fact that Hamburg was bombed ... Read full review

Inferno: the fiery destruction of Hamburg, 1943

This book, by a British novelist and history editor, joins Jorg Friedrich'sThe Fire: The Bombing of Germany, 1940-1945 and Marshal De Bruhl'sFirestorm: Allied Airpower and the Destruction of Dresden ... Read full review

Keith Lowe was born in London in 1970. After travelling around the world for several years, he studies English Literature at Manchester University. He now works as a nonfiction editor in a UK publishing house. 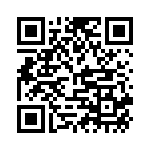