Judith S. Beatty is a 30-year resident of New Mexico who first heard La Llorona on the Santa Fe River in 1974. In addition to compiling and editing these stories, she authored a screenplay in 1992 that became the video, La Llorona. She is a freelance and technical writer and is at work on a second book of La Llorona tales with co-editor Edward Garcia Kraul.

Edward Garcia Kraul is a lifelong resident of Santa Fe who was first terrorized by La Llorona in 1937 in the old mining town of Terrero, New Mexico. 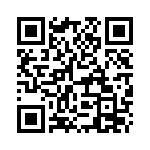