Page 495
and yet at the bottom of the page , he gives genuine ancient lines , as what are
copied in it . Nor has he the credit of having discovered it to be not ancient , for
this evidently appeared from the accounts given of it in Percy ' s Reliques , & c . v
. ii ...
Page 682
Since the discovery of the ancient MSS . at Herculaneum fo many years have
past , that the literary world , though occasionally remindal that the labours of the
Neapolitan Academicians , to develope their contents , were still proceeding ,
had ...
Page 338
Agreeably to the taste of the times in which he lived , when , books being scarce ,
it was desirable to have as much as possible comprehended in one volume , he
prefixed to the history of his own country a general history of the ancient world ...

43 other sections not shown 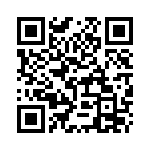