68 other sections not shown

Henry Maximilian Beerbohm was born in England in 1872. In his twenties, Beerbohm became part of the literary circle of Oscar Wilde, and in 1898 he became the drama critic for the Saturday Review. His predecessor George Bernard Shaw recommended Beerbohm for this position supposedly because of Beerbohm's attacks on Plays Pleasant and Unpleasant, one of Shaw's own works. It was also Shaw who gave Beerbohm the nickname The Incomparable Max. Beerbohm was known primarily for his sharp wit, often expressed in parody and satire, His first book The Works of Max Beerbohm was a collection of essays in a mock-scholarly format. Other essay collections include Yet Again, And Even Now, Around Theatres, and Mainly on the Air, which was based on a series of radio broadcasts. His fiction includes one novel titled Zuleika Dobson: An Oxford Love Story and numerous short stories. Many of his short stories have been published in such collections as The Happy Hypocrite, Seven Men, and A Variety of Things. Beerbohm's flair for humor and parody was carried over into his art. He was a gifted caricaturist and was as well known for his drawings as for his writing. His drawings have been published in the collections Caricatures of Twenty-five Gentlemen, The Second Childhood of John Bull, A Book of Caricatures, Fifty Caricatures, Rosetti and His Circle, and Things Old and New. Beerbohm resigned from the Saturday Review in 1910 when he married Florence Kahn, an American actress, and they retired to Rapallo, Italy. The Beerbohms returned to England for several years during World War II, but in 1947 they returned to Rapallo where Beerbohm died in 1956. Beerbohm was knighted in 1939. 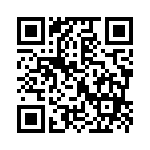