It's Amateur Night on the international intrigue stage, as perennial bestseller Archer (As the Crow Flies, etc.) shows Saddam Hussein's henchmen grooming an actor to take the place of the President so ... Read full review

While the idea of Saddam Hussein making a plan to steal the original Declaration of Independence using the services of the Mafia and the Mafia executing the plan is preposterous, it happens to be the ... Read full review

Jeffrey Archer was born on April 15, 1940, in London, England. After graduating from Brasenose College, Oxford, he founded his own company named Arrow Enterprises and promptly amassed a fortune. In 1969, he was elected to the House of Commons. A conservative Member of Parliament, he was, at the age of 29, the youngest member at that time. While in Parliament, he invested in a corporation and lost his fortune because of embezzlement. Devastated and facing financial ruin, he recounted his experiences in his book, Not a Penny More, Not a Penny Less. The success of this book launched his writing career. His other works include Kane and Abel, Honor among Thieves, Shall We Tell the President?, A Quiver Full of Arrows, The Prodigal Daughter, and The Sins of the Father. He is also the author of The Clifton Chronicles series. He writes plays including Beyond Reasonable Doubt and The Accused. He was sentenced to four years imprisonment because of perjury and conspiracy to pervert the course of justice, and was released in July 2003. He published three volumes of his Prison Diary: Hell, Purgatory, and Heaven. In 2014, his title Be Careful What You Wish For made The New York Times Bestseller List. In 2015 his title Mightier than the Sword made the same bestsller list. 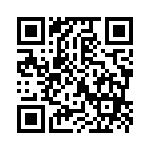