French psychoanalyst Lacan (1901-81) has generated more excitement in cultural studies and literature than in psychoanalysis. Known as a brilliant but confusing commentator, he borrows freely from ... Read full review

Opaque and lucid in equal parts, this is a challenging but rewarding read. Beware: not to be read idly or without guidance. Read full review

Jacques Lacan was born into an upper-middle-class Parisian family. He received psychiatric and psychoanalytic training, and his clinical training began in 1927. His doctoral thesis, "On Paranoia and Its Relation to Personality," already indicated an original thinker; in it he tried to show that no physiological phenomenon could be adequately understood without taking into account the entire personality, including its engagement with a social milieu. Practicing in France, Lacan led a "back to Freud" movement in the most literal sense, at a time when others were trying to interpret Sigmund Freud (see also Vol. 3) broadly. He emphasized the role of the image and the role of milieu in personality organization. Seeking to reinterpret Freud's theories in terms of structural linguistics, Lacan believed that Freud's greatest insight was his understanding of the "talking cure" as revelatory of the unconscious. By taking Freud literally, Lacan led a psychoanalytic movement that evolved into a very specific school of interpretation. Often embroiled in controversy, in the 1950s he opposed the standardization of training techniques, the classification of psychoanalysis as a medical treatment, and the then emerging school of ego psychology. Although general readers may find Lacan difficult to read, his works are provocative and rewarding. 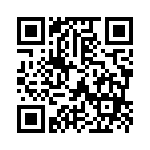