Cuban music from A to Z

This exhaustive reference represents more than 20 years of research and scholarship on one of the world's richest musical cultures, a fiery cross-breeding of African and Spanish rhythms. Now in ... Read full review

This is by far the bible for all those who are interested not only Cuban music but also the history of dances,instruments and Afro-Cuban santeria. There are two versions of this :one pressed by Tumi Music IN UK and a second edition is by University Press, U.S. In any case if you are a student or a lover of Cuban Music then this is a "Must". don't leave to Cuba without it.

Helio Orovio is a musicologist and historian with the Institute of Folklore and Ethnology of Cuba's Academy of Sciences. He is the author of El bolero latina and Música por el caribe and the host of the Cuban television show Arte y Folklore. He is also a musician who has played with many bands including Conjunto Jovenes del Cayo. 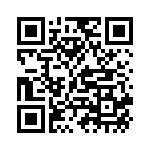