Heartbreaking in its authenticity, this book tells the true story of the encounter of the native peoples of North America with European and later American settlers. Much of the story will be unknown ... Read full review

Dorris Alexander “Dee” Brown (1908–2002) was a celebrated author of both fiction and nonfiction, whose classic study Bury My Heart at Wounded Knee is widely credited with exposing the systematic destruction of American Indian tribes to a world audience. Brown was born in Louisiana and grew up in Arkansas. He worked as a reporter and a printer before enrolling at Arkansas State Teachers College, where he met his future wife, Sally Stroud. He later earned two degrees in library science, and worked as a librarian while beginning his career as a writer. He went on to research and write more than thirty books, often centered on frontier history or overlooked moments of the Civil War. Brown continued writing until his death in 2002. 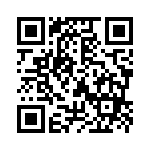