I have come across lots of books about Hitler which mention this work, thus I finally felt compelled to tackle it.  Tackling was a long job, but I did it.  From the page counts, of references and abstracts, I saw how long the book was, thus was deterred, when I got the book, I found out that not only did it have lots of pages, but there were lots of words on each page.  I enjoyed how there were 3 different photo sections.  In the book, the introduction, mentions how Speer had to "Smuggle out notes for this book." I wonder why he had to.  Apparently either there was some official or maybe de facto force causing him to not be upfront about it.  In some ways, my estimate of Hitler got a bit better, in other ways, it got worse.  Speer seemed to suggest Hitler was incompetent.  I thought it was especially cruel when Speer told how Hitler's adjutants were taken away when Hess did his famous act of disobedience, because the adjutants told Hitler the truth.  That just seemed beyond horrible for me.  I found it odd that as forceful of his beliefs as Hitler was, he seemed more live and let live in regards to alcohol.  Due to his temperament and also considering how as suggested by many, he was opposed to alcohol, it is surprisingly almost, that he did not embrace prohibition of alcohol.  Thomas Childers suggested that this work may not always be truthful, which I didn't like to hear at first.  Then I thought, such a suggestion is good, because I naively assumed without question, that it would be the truth.  If someone has done bad deeds like the Nazis, as folks say, they will probably lie too,

Review: Inside the Third Reich

Written by Albert Speer who was Hitler's Architect and later his minister of Armaments. One of the few higher ranking Nazi's that accepted responsibility for his part in the war. Written while he was ... Read full review 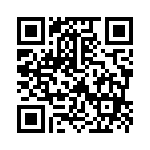