J.G. Shields is Reader in French Studies at the University of Warwick. He is the first holder of the American Political Science Association's Stanley Hoffmann Award (2007) for his writing on French politics. 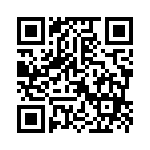