Anthony Powell was an only child, born in 1905. As a young man he worked for a crumbling publishing business whilst trying to find time to write novels. He moved in a bohemian world of struggling writers and artists, which was to provide the raw material for much of his fiction. During the Second World War he served in Military Intelligence Liaison. He subsequently became a fiction reviewer for the Times Literary Supplement and for five years he was the literary editor of the now-defunct magazine Punch. Meanwhile he continued to work on the twelve-novel sequence ‘A Dance to the Music of Time’. He was the author of seven other novels, and four volumes of memoirs. His many reviews for the Daily Telegraph are also published in collected volumes. Anthony Powell died in March 2000. 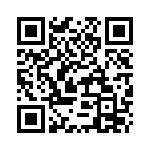