Navina Najat Haidar is curator and administrator, and Courtney Ann Stewart is senior research assistant, both in the Department of Islamic Art at The Metropolitan Museum of Art. 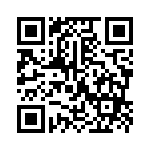