Page 34
The offspring, also, will thus have a better chance of surviving, for, of the many
individuals of any species which are periodically born, but a small number can
survive. I have called this principle, by which each slight variation, if useful, ...
Page 119
Just as Darwin had suspected, even a relatively slight difference can sometimes
have an important impact on survival, and thus result in evolution. On February i,
1898, for example, a severe storm battered eastern Massachusetts and left ...
Page 124
In every case that has been examined, the apparent altruism turns out to be a
way in which "the selfish gene," as Richard Dawkins has described it,12
promotes its own survival and reproduction, but it does so indirectly. The idea is
that ... 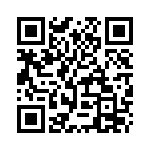