David R. McCann is Korea Foundation Professor of Korean Literature at Harvard University. He has translated the work of many Korean poets?including Kim Chi Ha, So Chongju, Ko Un, and Kim Namjo-and is the author or editor of many books, including The Columbia Anthology of Modern Korean Poetry and The Way I Wait for You, a collection of his own poems. 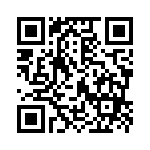