Alex Ross is a stellar writer, and I'm willing to bet he's a great musician, too. This book of essays is based on articles he wrote for the New Yorker and the New York Times from the late 1990's ... Read full review

A hit and miss collection, which isn't too surprising, given the range and my own peculiarities as a reader. The first, manifesto-like piece is very entertaining: say no to Classical Music, yes to ... Read full review

Alex Ross was born in 1968. He attended St. Alban's School in Washington, D.C. and graduated from Harvard University in 1990. It was there that he studied under composer Peter Lieberson and was a D.J. on the classical and underground rock departments of the college radio station. He earned a Harvard A.B. in English summa cum laude for a thesis on James Joyce. From the years, 1992-1996, Alex Ross was a music critic at the New York Times. He also wrote for the New Republic, Slate, and The London Review of Books. In 1993 he started contributing to The New Yorker and became a staff writer in 1996. In 2007 his released his first book in the U.S. entitled The Rest is Noise: Listening to the Twentieth Century, a cultural history of music since 1900. This book received widespread crritical praise in the U.S. and earned a National Book Critics Circle Award, a spot on New York Times list of the ten best books of 2007, and a finalist citation for the Pulitzer Prize in general non-fiction. His second book - Listen to This- was published in September 2010. Alex Ross has also received a Holtzbrink fellowship at the American Academy in Berlin. 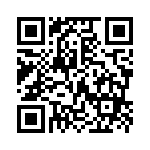