Gerald E. Frug is the Louis D. Brandeis Professor of Law at Harvard University. He is the author of Local Government Law. 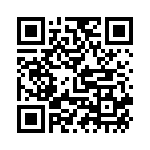