Hugh Kennedy is Professor of Middle Eastern History at the University of St. Andrews, Scotland, and has published extensively on the Islamic World in the Middle Ages, including "The Prophet and the Age of the Caliphates" (London, 1986) and "Muslim Spain and Portugal: a political history of al-Andalus" (London, 1996). 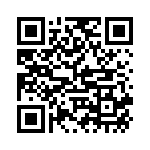