Gerd Rosenbusch, MD, is Emeritus Professor of Abdominal Radiology. He was born in 1934 in Stadtsteinach, a small town in Northern Bavaria, Germany. He received his training in radiology at the hospital of RWTH Aachen, Germany. After completing his specialization, he worked for a short period in a private practice and then moved in 1971 to Radboud University, Nijmegen, the Netherlands. He was appointed Professor in Radiology in 1980 and retired in 1996. His interest in the history of radiology started many years before his retirement. Besides authoring publications on radiology, to be named is Kolon. Klinische Radiologie-Endoskopie (together with J.W.A.J. Reeders), he has been coeditor of several books on the history of radiology, especially in the Netherlands. 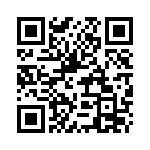