Deepak Lal is James S. Coleman Professor of International Development Studies at the University of California, Los Angeles, professor emeritus of political economy at University College London, and former Research Administrator at the World Bank. He has advised many governments and international agencies and is the author of numerous books on economic development and public policy, including In Praise of Empires (Palgrave Macmillan), The Poverty of Development Economics, and Unintended Consequences. In 2007, he received the International Freedom Award for Economy from the Societŕ Liberia. 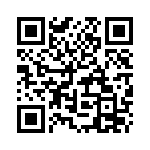