Michael Wildt studied history, cultural studies, and theology at the University of Hamburg. From 1993 to 2009, he was a Research Fellow at the Research Centre for Contemporary History in Hamburg, the Hamburg Institute for Social Research, and The International Institute for Holocaust Research, Yad Vashem, Jerusalem. Since 2009, he has been Professor of Modern German History at Humboldt University in Berlin. 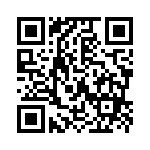