A historian argues that feminism needs to develop the history of feminism. She makes a good argument that the current presentism is a bad move, and that feminist historians who don't go back any ... Read full review

Judith M. Bennett is Professor of History at the University of Southern California. She is the author of numerous books, including Ale, Beer and Brewsters in England: Women's Work in a Changing World, 1300-1600 and Women in the Medieval English Countryside: Gender and Household in Brigstock Before the Plague. She is coeditor, with Amy M. Froide, of Singlewomen in the European Past, 1250-1800, also available from the University of Pennsylvania Press. 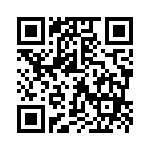