An examination, through a series of essays by a variety of scholars, of revolutionary and counterrevolutionary violence in Latin America over the course of the twentieth century. Read full review

Greg Grandin is Professor of History at New York University. He is the author of Fordlandia: The Rise and Fall of Henry Ford’s Forgotten Jungle City, a finalist for both the National Book Award and the National Book Critics Circle Award, and The Blood of Guatemala: A History of Race and Nation, also published by Duke University Press.

Gilbert M. Joseph is the Farnam Professor of History and International Studies at Yale University. He is the author of Revolution from Without: Yucatan, Mexico, and the United States, 1880–1924, and a co-editor of In from the Cold: Latin America’s New Encounter with the Cold War and The Mexico Reader: History, Culture, Politics, all also published by Duke University Press. 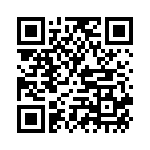