Latin American historian Lewis Hanke was born in Oregon City, Oregon. After receiving undergraduate and graduate degrees at Northwestern University, he taught for several years at the American University in Beirut before returning to the United States to work on a doctoral degree at Harvard University. Upon receiving his Ph.D. in 1936, Hanke founded and published the initial volume of the Handbook of Latin American Studies. Since its founding, the Handbook has become an indispensable interdisciplinary tool for researchers on Latin America. A tireless researcher and prolific writer, Hanke consistently stressed the importance of history as a basic key to human self-awareness and global understanding. He revealed his own commitment to history throughout his writings, most conspicuously on Spanish attitudes and behavior toward Indians in colonial Latin America. His best-known work, The Spanish Struggle for Justice in the Conquest of America (1949), examines the efforts of Spanish theologians to define and defend the humanity of the indigenous populations of Latin America. Among Hanke's other works are The First Social Experiments in America (1935) and The Imperial city of Potosi (1956), both of which anticipated and precipitated the modern analysis of Latin American social history. He also wrote several works on the Spanish missionary Bartolome de las Casas, including Bartolome de las Casas: Bookman, Scholar, and Propagandist (1952), and Bartolome de las Casas in History: Toward an Understanding of the Man and His Work (1974). Hanke taught at the University of Texas, Columbia Universtiy, the University of California at Irvine, and the University of Massachusetts, where he was professor emeritus. In addition to his editorship of The Handbook of Latin American Studies, he served as president of the American Historical Association, director of the Hispanic Foundation, and member of various historical societies throughout Latin America. 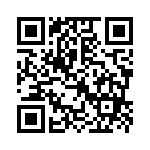