Hong Kong: Migrant Lives, Landscapes, and Journeys is not a travelogue. Rather, it’s a sort of sociological look at Hong Kong expatriates’ lifestyles. Although it features some occasionally useful ... Read full review 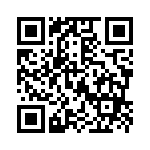