The late Sir Bernard Crick (died 19 Dec 2008) was Emeritus Professor of Politics, Birkbeck College; Honorary Fellow in Politics, University of Edinburgh. He taught politics at Harvard, McGill, Berkeley, LSE, was the Professor of Politics at Sheffield and Birkbeck. He was former adviser on citizenship education to the DfES and on citizenship and integration for the Home Office. He published widely on politics and literature, was an international adviser and media commentator

Andrew Lockyer is the St Kentigen Professor of Citizenship and Social Theory in the Department of Politics at Glasgow University where he has taught since 1970. He has researched and published in the history of political thought, social and legal theory, juvenile justice and citizenship. He has served as a children's panel office bearer and advised government, professional agencies and volunteers on children's issue. 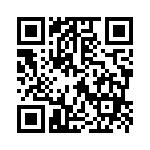