Steven E. Jones is Professor of English at Loyola University, Chicago. He is author of Satire and Romanticism and editor of The Satiric Eye. 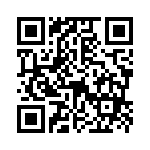