Dr Abby Day is a Senior Research Fellow at the University of Kent where she teaches the anthropology of religion. Her qualitative longitudinal research has expanded conventional views of belief and belonging through empirical research based initially in the UK and extended through cross-cultural comparisons. She and Prof. Gordon Lynch organised the AHRC/ESRC Religion & Society Project 'Young People and the Cultural Performance of Belief'. Her latest book, Believing in Belonging: Belief and Social Identity in the Modern World was published in October 2011. She also edited the Ashgate collection, Religion and the Individual, 2008.

Dr Giselle Vincett was research fellow at the University of Edinburgh 2007-2011, primarily working with Dr Elizabeth Olson on two AHRC/ESRC Religion & Society projects, 'Relational Religious Identities' and 'Marginalised Spiritualties: Faith and Religion Among Young People in Socially Deprived Britain'. She also co-edited Women and Religion in the West and The Changing Face of Christianity for Ashgate.

Christopher R. Cotter is completing doctoral work in Religious Studies at Lancaster University, UK. His theoretical work focuses upon the lived relationships between the concepts of ’religion’, ’non-religion’, and the ’secular’, and his wider interests centre around New Religious Movements, qualitative methods, theories of religion, and Religious Studies as a discipline. Chris has published on contemporary atheism and non-religion, is Managing Editor at the Nonreligion and Secularity Research Network and co-founder of The Religious Studies Project. 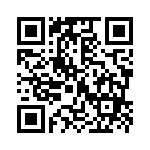