Tom Wolfe grew up in Richmond, Virginia, and graduated from Washington and Lee University. He received his doctorate in American Studies from Yale University. Mr Wolfe worked as a reporter for The Washington Post, and the New York Herald Tribune. His writing has also appeared in New York magazine, Esquire, and Harper's. His first novel, The Bonfire of the Vanities, was published in 1987 to wide acclaim. His most recent novel, I Am Charlotte Simmons, was published by Cape in 2004. He is the author of the following works of non-fiction- The Kandy-Kolored Tangerine-Flake Streamline Baby, The Pump House Gang, The Electric Kool-Aid Acid Text, Radical Chic and Mau-Mauing the Flak Catchers, The Painted Word, Mauve Gloves and Madmen, Clutter and Vine, The Right Stuff, From Bauhaus to Our House and The Purple Decades, A Reader. 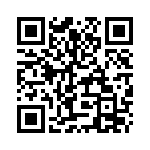