Calvin Goldscheider is Ungerleider Professor of Judaic Studies, professor of sociology, and a faculty fellow at the Population Studies and Training Center at Brown University. He is the author of many books focusing on family and demographic issues within the Jewish community, including Israel's Changing Society: Population, Ethnicity, and Development; The Arab-Israeli Conflict; and Jewish Continuity and Change. 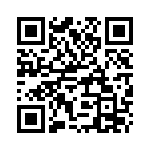