28 other sections not shown

`This new, much-needed Janacek catalog, supe rseding a number of useful if less than comprehensive previous attempts, is a rem 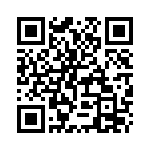