Ellen Chesler, PhD, is a senior fellow at the Roosevelt Institute, where she directs the Women and Girls Rising program. She is author of Woman of Valor: Margaret Sanger and the Birth Control Movement in America (1992), which remains in print in a new paperback edition released in 2007. She is co-editor with Wendy Chavkin, M.D. MPH of Where Human Rights Begin, a volume of essays that emerged from a fellowship program they directed for the Open Society Foundation. Chesler has also written extensively for academic and public policy anthologies, journals, newspapers, magazines and blogs. Over a 40 year career, she has held positions in government (chief of staff to New York City Council President Carol Bellamy, 1978-84); philanthropy (Open Society Foundation, 1997-2006, and the Twentieth Century Fund, 1992-1997); and academia (Hunter College of the City University of New York, 2007-10, and Barnard College, 1988-9, 1992-3) and is widely respected for both the intellectual and practical perspectives she brings to her work. She is currently a member of the advisory committee of the Women’s Rights Division of Human Rights Watch and of the Council on Foreign Relations. She served for many years on the board of the Planned Parenthood Federation of America and as chair of the board of the International Women’s Health Coalition. She has three times been a member of the U.S. delegation to the UN Commission on the Status of Women. She holds a B.A. from Vassar College and an MA and PhD, with distinction in history, from Columbia University.

Terry McGovern, J.D. is Professor of Population and Family Health at Columbia University’s Mailman School of Public Health, where she directs the Health and Human Rights Certificate and teaches human rights and environmental justice. From 2006 to 2012, Terry was a senior program officer in the Gender Rights and Equality Program at the Ford Foundation. She developed a highly successful health and human rights policy initiative in the U.S. and helped build the strategic policy capacity of groups working globally to advance the health and human rights of women and girls, LGBT individuals, and other marginalized populations. McGovern founded the HIV Law Project in 1989, where she served as Executive Director for ten years and litigated numerous cases against the federal, state and local governments, including a successful class action charging that the U.S. government had discriminated against women in its response to the AIDS epidemic. McGovern has published extensively and testified numerous times before the U.S Congress and other policy making entities. She is a graduate of the Georgetown School of Law. 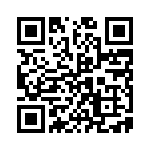