Page 319
stairway, dividing the hotel into two parts, winds down to a clean flagged patio
where one can bask in the sun or sit in the shade at the side, sucking Coca-Cola
through a long straw. Here at Christmas and New Year the population of Cartago
...
Page 509
At the west end, on the south side, was Batson's, at number 17, popular with
merchants of all descriptions. In 1828 42 people gave it as their address. Halfway
between Pope's Head Alley and Birchin Lane was Janeway's, mentioned in 1668
, ...
Page 521
The Other Side of the Hill, however, though fascinating, is not altogether
satisfactory, for Captain Liddell Hart is to some extent the victim of a rather
thankless task which was bound to provoke criticism whatever he produced.
Important facts ... 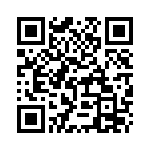