Really unsatisfying. I'm not sure who the intended audience was for this book - maybe rabid Terrence McKenna fans, who can't be swayed by any kind of logic, and certainly won't be by Letcher's ... Read full review

SHROOM: A Cultural History of the Magic Mushroom

An exuberant, approving account of psilocybin and its kin for those of us living in what debut author Letcher calls "the Mushroom Age."Others would put that magical time back a few decades to the ... Read full review

Andy Letcher is a freelance writer, lecturer, and musician with a doctorate in ecology from Oxford University, and a second in religious/cultural studies from King Alfred's College, Winchester. He lives in Oxford, England, and sings and plays the mandolin and English bagpipes in his own acid folk group, Telling the Bees. 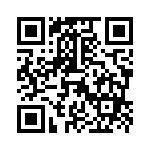