Jon L. Berquist is academic editor at Chalice Press and the author of numerous books, including Judaism in Persia's Shadow: A Social and Historical Approach and Incarnation. 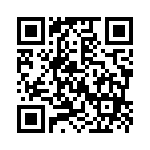