A potentially interesting topic, but the author writes in such a dry style that the book just isn't very interesting. A lot of the time he just writes paragraph after paragraph of statistics. Read full review

Anton Rippon was born during the Second World War and grew up watching football. He has covered top-flight soccer for national and local newspapers and his work has appeared in The Times, The Independent, The Guardian and the Sunday Telegraph. For over 20 years he ran one of the UK's leading football publishers and was also editorial director of The Footballer magazine. The author of some 20 sporting books. 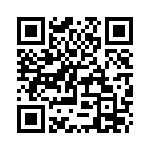