IN DEFENSE OF HISTORY

A lucid, muscular, and often sly reflection on the nature of historical knowledge by an experienced practicing historian. It is difficult to imagine a stronger or more convincing case than Evans's for ... Read full review

In defense of history

Evans (history, Cambridge Univ.) defends traditional history against the onslaught of postmodernist theories, which hold that ultimate historical truth is not only unattainable but does not exist. In ... Read full review

RICHARD EVANS is Professor of Modern History at Cambridge University, and a Fellow of Gonville and Caius College, Cambridge. He previously taught at the University of East Anglia and Birkbeck College, University of London. Among his many books are the landmark studies Death in Hamburg, which won the Wolfson Literary Award for History and the William H. Welch Medal of the American Association for the History of Medicine, and Rituals of Retribution, which was awarded the Fraenkel Prize in Contemporary History. His other books include In Hitler's Shadow and Rereading German History. His most recent publication is the widely acclaimed Tales from the German Underworld. He is a Fellow of the British Academy and a frequent contributor to radio and television programmes, including In Our Time, Start the Week and Nightwaves. 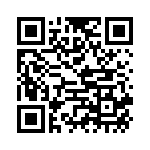